In the context of a society permissive of violence against women, sexual harassment remains an insufficiently approached subject, especially on the level of educational units.

The data in this research report total the analysis of 85 codes of ethics of public and private universities, 52 answers based on law 544/2001 on the statistics of sexual harassment and gender discrimination cases in the last 5 years and their settlement, information on the activities of the Ethics and Academic Management Committee and the analysis of 170 ARACIS institutional evaluation reports.

Only 6 codes of ethics mention a person specialized in providing support to the harassed person for filing a report. Only one code of ethics of the 85 analysed ones mention the required steps for a report in case of sexual harassment and there are no examples of reports for sexual harassment cases.

In terms of case reports, 52 public universities recorded 44 reports in the last 5 years, among which only 15 concerning sexual harassment, 22 on discrimination and 7 not clearly classified as discrimination or harassment. The reported harassment cases had male authors in proportion of 93%.

The required steps for filing a report or the procedure followed by the Ethics Committee after the submission of the report are unclear and hard to understand from universities’ responses as well. Therefore, one can see an information (importance) minimization pattern in terms of available resources for reporting harassment and discrimination.

Moreover, the Ethics and Academic Management Committee received in the last 5 years only one report on sexual harassment, three reports on discriminatory issues and one report on chances equality for women and men. 4 of the 5 reports mentioned above have been rejected. After analysing 170 ARACIS institutional evaluation reports, we find that in 47% of the cases the evaluators did not explain in the report if the university foresees ste

ps for discrimination issues, if this concept is produced in the Code of Ethics on institutional level or if there have been reports filed in this respect. The reports of 68 universities did not mention any information or recommendations referring to gender discrimination. Only one report mentioned cyber-bullying regulated in a Code of Ethics, but no recommendations were made in this respect.

The universities’ little interest for sexual harassment only perpetuates the uneven power and credibility ratios between women and men and contributes in the long run to increasing gender inequalities and a patriarchal society and tolerance to violence. We believe the intervention for a safe(r) academia essential. We strongly believe in implementing clear provisions on reporting, mechanisms for prevention and fighting, which can discourage such abusive behaviours and may encourage 6 Project implemented by: persons going through sexual harassment cases to start the necessary procedures to report such acts and have justice.

Among the procedures Romanian universities may have to prevent and fight the sexual harassment phenomenon, we recommend: Undertaking zero tolerance messages for sexual harassment, as well as for any other forms of discrimination or violence and including information on available resources as accessible as possible in all areas under university management, both physical and online;

Introducing a dedicated sexual harassment section in the code of ethics, including the clear definition of the phenomenon, providing behaviour examples classified as sexual harassment, the procedures to follow for reporting and a report model, including the structure of the Ethics Committee and contact details, as well as applicable sanctions (proportional to the seriousness of the acts) and periodical updates of available information;

Training staff on legal and moral liabilities for harassment, including the responsibility to notify and their role in preventing sexual harassment;

Collecting data, annual publishing and reporting in a standardized form of the recorded cases, for institutional transparency reasons as well as for the purpose of internal monitoring of the phenomenon evolution and for the consistent optimization of the provided services.

The universities must be safe places where human dignity and gender equality are respected. We believe that the results of a research like the one that starts with this report are necessary in designing gender sensible policies aiming for a safe academic space. 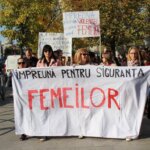 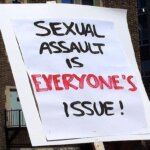 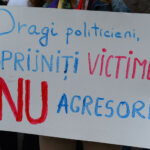